For quite a long time, this blog has been languishing along with my other projects.

In the past, with some new means of expression, I would play around , do some shits and giggles, then, once bored, run off to do something else with a new toy.

In this case, my new toy is "The Jacques Treatment".

"The Jacques Treatment" was originally a series of vids that I did on YouTube. Unlike the vitriol that I've posted on this blog in the past, mine consisted of some random thoughts and other silly shit. There was some great potential with them. People would subscribe to my channel and post something.

Then, I became bored with that. There are so many people doing vids, plus doing the post-production and uploading took a lot of my me-time to watch other people's vids.

All these things would drive a normal person to suicide.

I admit: I'm not really that normal a person.

I'm not a totally responsible person.

Sometimes the competitiveness, mandates and chaos of the real world pisses me off and I simply wanted to withdraw just once and find solace in the eternal playground of my mind, which never stops creating an alternate universe and thinking well outside the box.

In the past, I didn't live my life right. I've probably made more mistakes and have gotten into trouble that any normal person would never think of doing in the first place. I've made a lot more enemies than I have made friends. all for the wrong reasons. And I may have alienated many more than I care to remember..

I've done my share of self-delusion and self-medication. I've given into temptation many times over. And I must admit, I enjoyed the ride while it lasted until either the money ran out or when the ride started to affect my "normal" life, the one that created the money in the first place.

I will not explain to you my 2 "bottoms". This is not something that I would wish to discuss except to a few trusted people who know. It was, in hindsight, very unpleasant and has cost me more than my sanity. But they woke me up, albeit too late to undo any damage made in their wakes.

But here I am. Recovering. Regrouping. Rebuilding.

I may not have enough time on this earth - the human body doesn't rejuvenate itself and will always betray  and foil its master at times. But I still want to be The Man. Hopefully sooner than later.

But my priority is the here-and-now. And things don't get done on their own. My job, as a creative being, is to live a better life. To create. To express, Without a gun pointed at my head.. So to Hell with you, World. I'm here to stay.

The world stops for no-one. It sure as hell didn't stop for me. Don't expect it to stop for you.
Served up by The Letter "J" at 03:29 No comments:

09SEP01: “Once upon a time in Esquimalt, British Columbia” 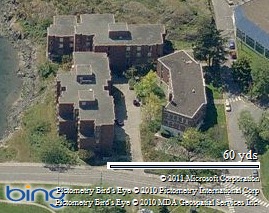 The Occasional Rant:
THEATRE or TORRENT...
"Cowboys and Aliens"
"Rise of the Planet of the Apes""

Great way to spend a vacation Tuesday with a double bill worth 12.00. Had to spend extra for some Starbucks and Swiss Chalet. But what the Hell: it's my vacation and I can spend it any way I want.

First movie was Jon Favreau's genre-bending "Cowboys and Aliens", a noisy fusion of outlaws, natives and some rogue space invaders. This more is more like a spaghetti western rather than "High Noon" or "Shane". A Man With No Name wakes up in the middle of nowhere , wondering what happened to him and his wife. A posse passed by and recognised him as a wanted man. After overpowering said posse, no-name arrived at a one-horse town where an intoxicated son of a cattle baron started to shoot things up.

Things get interesting after the stranger winds up sharing the paddy wagon with the aforementioned delinquent. Strange flying objects swoop into town abducting townspeople like cattle. Not a good day in the West.

As I have said, this film is more spaghetti western than the traditional strain. Alliances have been created amongst outlaws (cattle barons and train robbers), settlers and the natives. Daniel Craig does his take on the Clint Eastwood persona while Harrison Ford channels a cowboy Indiana Jones. Aliens or no aliens (the opening body cavity brings to mind the alien from, ahem, "Alien"), this is a fairly decent popcorn movie. Nothing mind-blowing or inspirational, just another fun caper in the Old West.

In "Rise of the Planet of the Apes", was the director trying to makes this ragtag group of chimps, orangutangs and gorillas into the new Navi? I hope not, because by the way the soundtrack was going, this movie seem to be playing the "Avatar" race card.

James Franco plays a researcher trying to find a cure for the Alzheimer's that's slowly claiming his father (as played by the progressively ageless John Lithgow). He brings home a baby chimp that was rejected by his mother who was injected with a prototype drug known as ALZ 112. Apparently, this chimp, who inherited the drug at birth, starts to display a considerable amount of intelligence. Being a latchkey kid, however, doesn't do the beast any favours, and eventually, the chimp grows up to be Andy Sirkis (a la that character he played in "24-hour Party People" vice Gollum in the "Lord of the Rings" trilogy). Chimp eventually goes emo, scares a dog, beats the crap out of a douchy neighbour and eventually winds up caged with Draco Malfoy and Brian "I can haz any starring roll" Cox.

More monkey business ensues when the researcher has to juggle municipal bureaucracy, Byzantine office politics and the well-being of his father. Eventually, the chimp steals a couple of cans of new and improved ALZ 113 to be unleashed on his fellow inmates. The rest, as they say, is history.

When you get down to it, the "Planet of the Apes" movie series that existed in the 60s and 70s acted as social or political metaphors. Behind the camp are subliminal (or somewhat obvious, depending on which side of the fence you are sitting) messages regarding nuclear war, racism, fascism and the generational gaps - after all, some of us were once called "little monkeys" once in a while. And sometimes these messages get flogged at every moment. The original "Rise" movie involved the offspring of time travelling gorillas who escaped an imploding future Earth, and eventually created an egalitarian, trans-species society - imagine a simian Soviet Union. The flicks were great fantasy until the Marxisms started to add up.

In this reboot, I suspect that the producers had the "Avatar" bug and drafted our distant primate cousins into the ranks of the Na'vi. Sadly, the "unobtainium" in the movie eventually turns into a curse - without spoiling it, think "Ebola" - and thus we have a cliffhanger, with the primate escapees getting a primo view of the Golden Gate Bridge.

I did feel the movie in the first half, but the way the soundtrack was arranged and Tom Felton's over-acting (I'd blame the melodramatic writing in the story) made me lose interest. Of course, I've seen a better made movie - unfortunately, it was called "Avatar".

And now, my day is complete.

The Amazing Atheist - It's Only Sexist When Men Do It

How very sad. How very true.

Two legs and a vagina - good.

Faith No More - We Care A Lot (Video)

Sometimes, I feel like singing this song out quite loud.

Because there are days when the world really could piss you off.

Who is this guy, anyways?